The Important History of The Iconic Jeep in McKinney, TX

As a Jeep dealer in Texas, we take a special interest in the history of the brand. Jeep is rooted in the Second World War, during a time of crisis. What started its life as a general-purpose, military-grade vehicle has become the grandfather of SUVs. The pressing need of the U.S. Military to navigate a war-torn Europe against a hostile invader culminated in the invention of a motoring marvel. The Museum of Modern Art in Manhattan still exhibits the Jeep as part of its collection, describing it as a masterpiece of functionalist design.

Why It’s Called a Jeep in McKinney, TX

There’s a lot of debate about the etymology of the word “Jeep”. As far back as World War I, the slang term “jeep” was used to describe both new recruits to the army and new, untested vehicles. It’s presumed by many to have come from the abbreviation “GP”, which stands for either “Government Purposes” or “General Purposes.” Sounding it out, it makes sense that G-P would turn into “jeep”. An alternate explanation is that the vehicle built in 1941 was named after “Eugene the Jeep” from the popular Popeye comic strip because, like Popeye’s pet, it was versatile and could solve seemingly impossible problems.

Origins of the Jeep in McKinney, TX

The U.S. Army canvassed 135 companies to create a 4x4 vehicle that could do important reconnaissance work. Only two answered the call: American Bantam Car Company and Willys-Overland. Bantam hand-built a prototype in Pennsylvania, but the Army wasn’t too hot in the posterior with either its lackluster engine or Bantam’s inability to mass-produce. Enter Willys-Overland. The “Go-Devil” engine built by Willys became the “Go-To Devil” in the new 4x4 vehicle. Both Willys-Overland and Ford were commissioned to mass-produce it, using the Bantam body design and the fireplug Willys engine. This is what is now commonly referred to as the original “Willys Jeep.”

Jeeps of Today and Tomorrow in McKinney, TX

So beloved and iconic as the original Willys design, that Jeep has resurrected it as a trim for the Wrangler. Talk about coming full circle! There was ample dispute between Willys, Bantam, and others about who should own the trademark and manufacturing rights to the Jeep. Willys ultimately won out, and in 1945 started promoting it as a civilian vehicle. The company changed hands many times over the course of the 20th century, but the look, feel, integrity, adaptability, and reliability of this iconic brand have only improved.

Jeeps for Sale at Hopper Motorplex in McKinney, TX

Imagine: the original Willys “Go Devil” engine was considered a powerhouse for kicking out 55 horsepower! If you buy a Jeep today from Hopper Motorplex, you’ll be the beneficiary of almost a century of top-notch engineering, getting at least five times that much power. But you can still rock out that timeless Willy look. Just remember to honor those brave veterans that took the first rides against the Axis of Evil all those years ago. 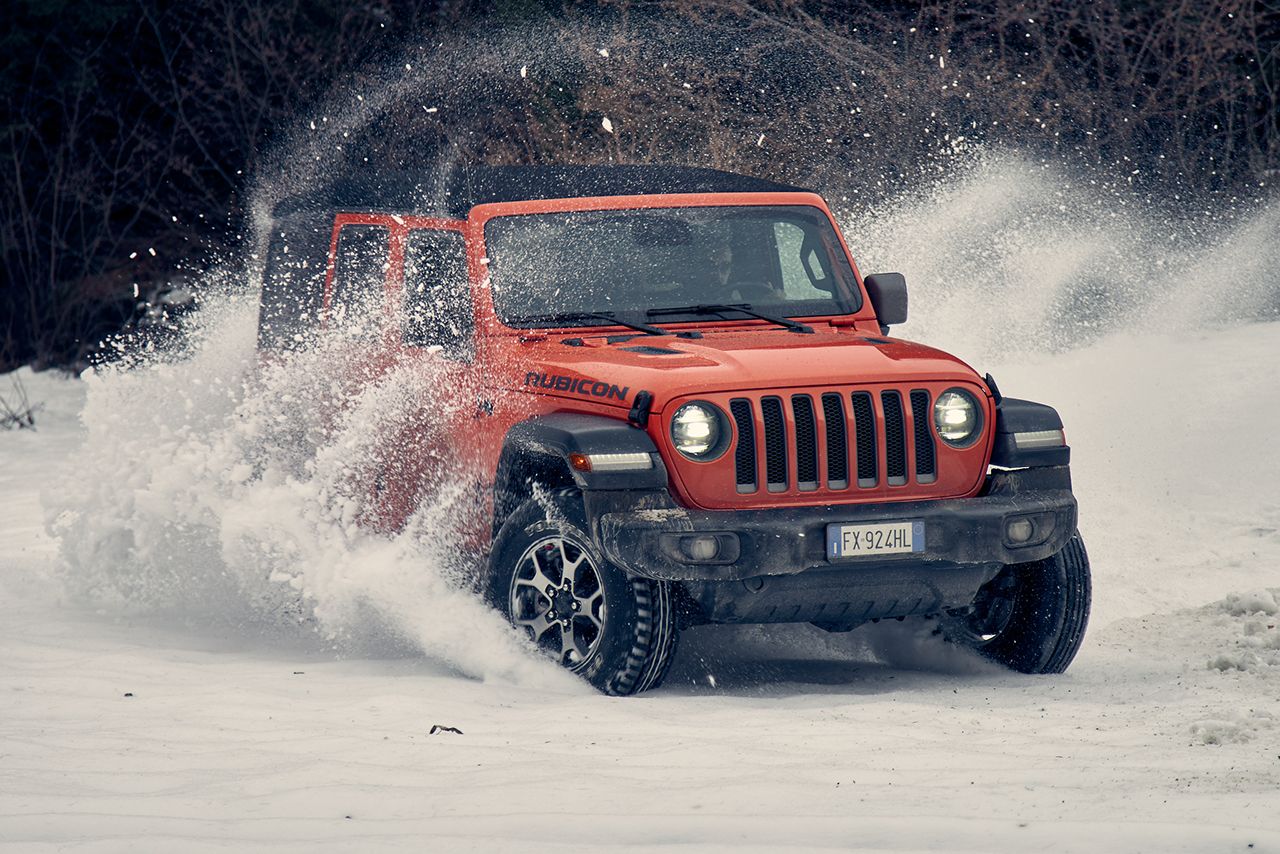